As we know there is built in IDE (AT-Bus, ATA) disk interface in Atari Falcon and ST Book. The necessary logic is integrated in case of Falcon into Combel chip. Without having it's details (intern logic) I can conclude that IDE logic is practically same as most of IDE adapters made for ST(E) machines.  And it means that signal timing is not ideal, not by newer ATA specs.  But it worked well with IDE hard disks in it's time (1992) and still works well with most new ones. Problems appear by some CF cards. I think that explanation is in changing from AT-bus to EIDE, later to ATA. Will not go more detailed in all it, but point is in signal timings - by first drives it was made compatible with slow AT-bus (8 MHz), and now should suit much faster transfers. 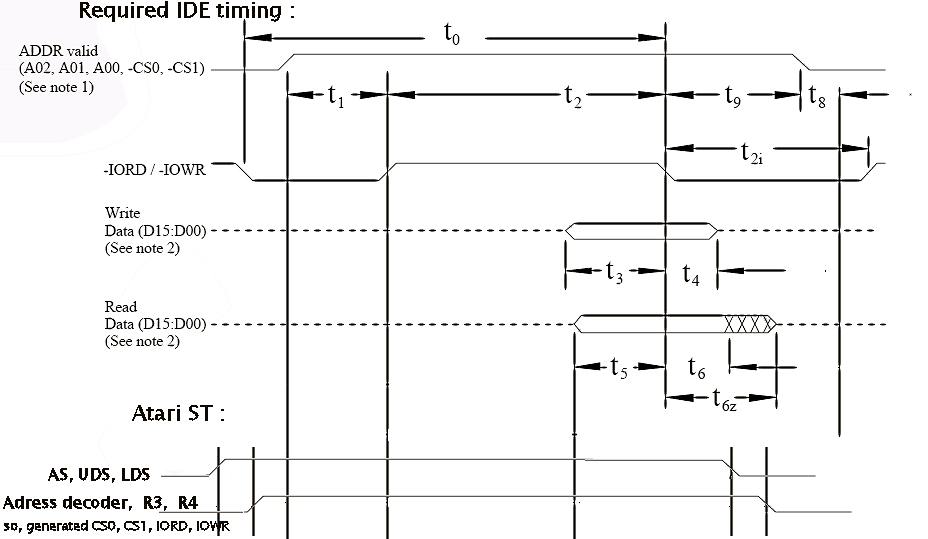 Above diagram is logical one, so shows not real voltage levels ( CS0-1 and IOWR, IORD, AS etc. are low active) - high means active on diagram. So, as is visible newer ATA specs expect that IORD and IOWR activate with delay of T1 in compare to CS activation, and deactivate earlier.   But with usual IDE interfaces in Atari ST machines it is not the case - see bottom of diagram.  I observed problems first with Kingston CF cards, but some other CF card brands may have same.   The solution:  of course writing to IDE is main problem. Reading from IDE may be succesful if lack of T1 delay is not the problem. Then CPU will read correct data, as AS, UDS, LDS will close before IORD. But by writing to IDE    IOWR closes to late, and especially if IDE adapter logic is slow false data will appear on D0-D15.   Adding dual monostable which will ensure T1 delay and limit duration of IOWR is proved solution (tested in my STE, with Kingston 1GB card + 128 MB Transcend IDE Flash).  I made another solution in case of cartridge port based IDE IF. There is too big delay of R3, R4 signals by ST machines (some 35-40 nS), so with other delays we will have too short T2 time.  Therefore I use 8-bit latch for CS0-CS1, A0-A2 and set them with proper instruction before any IDE access. But monostable is still needed to control length of T2. 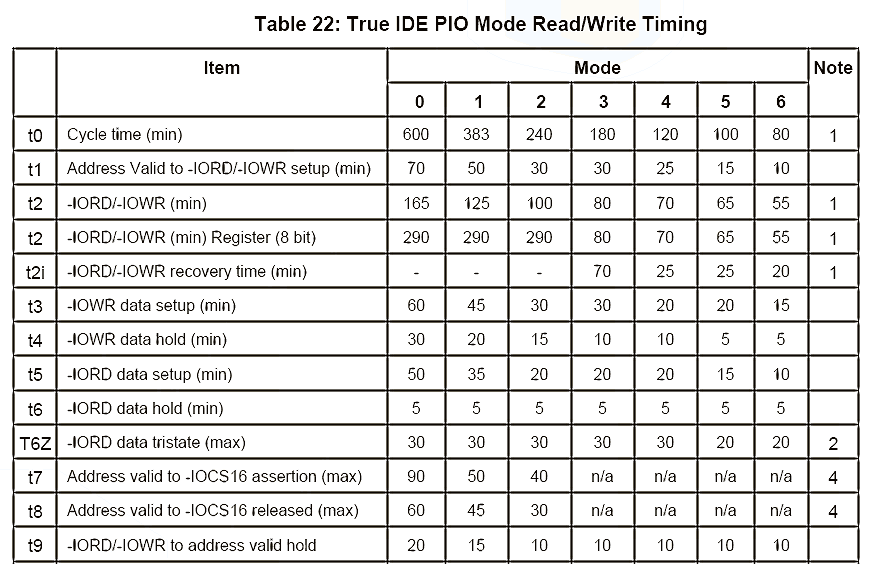