Somekind of reminder, what Atari ST SW I done in over 20 years... 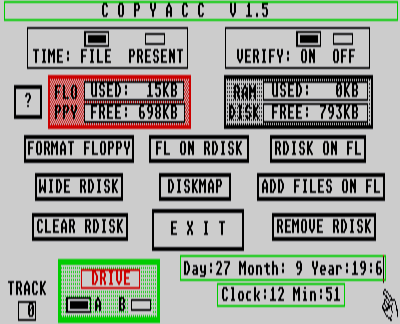 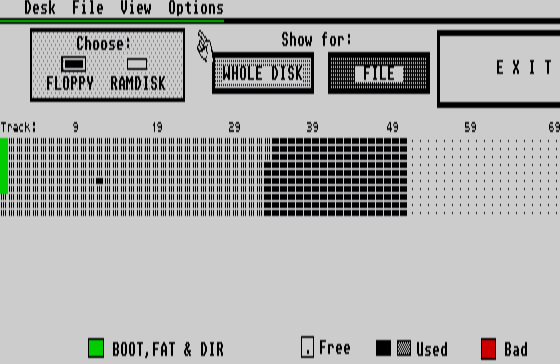 EPROM programming for programmer device at cartridge port, 1988.  No pic. Not much used, as made later better programmer. 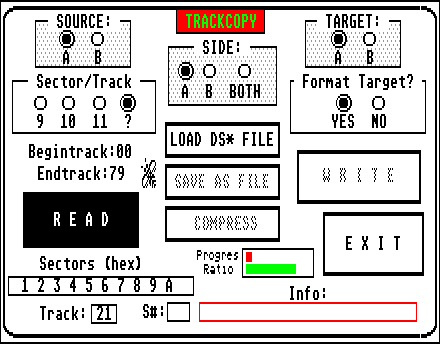 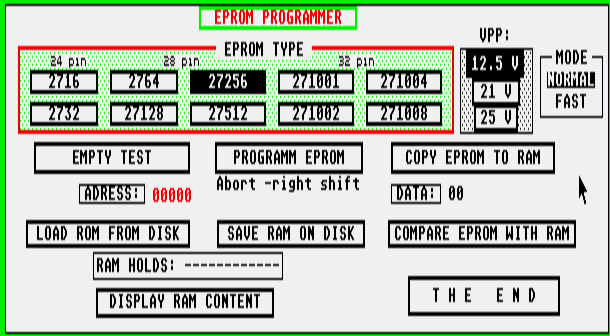 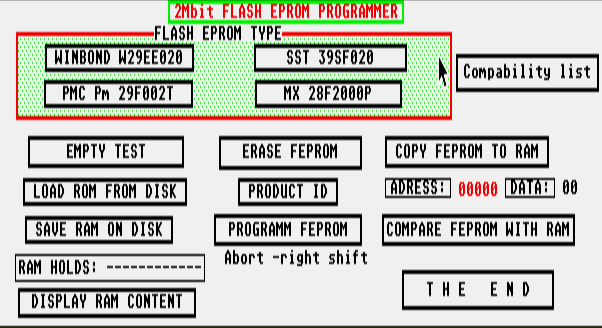 For 32 pin EPROMs too. Later made versions for Flash EPROM programming. With viewer/editor/search of content. 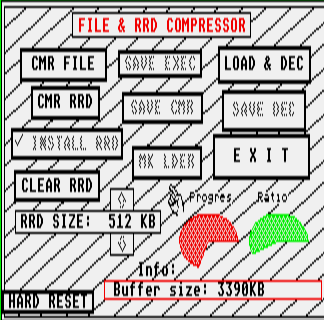 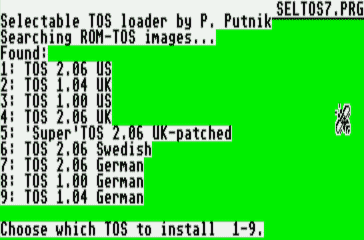 Allows usage of different TOS version, without replacing ROM chips. Price is some occupied RAM. Based on relocation of long addresses, it needs seeking and making table for each TOS version separately... 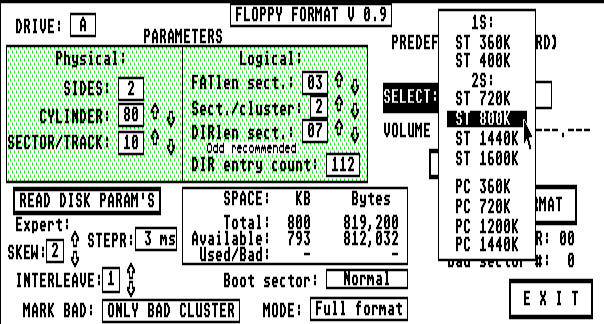 Versatile floppy formatter, with lot of settings and options. 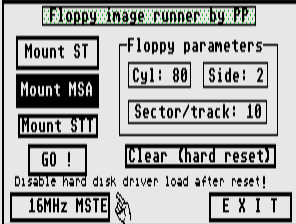 For users with hard disks on their Ataris - allows running of games from floppy image files without writing them onto floppies. There is a newer version, with easy usage, using some ROM code, so we have separated versions for different TOS versions.

This is more just some experiment, not serious movie player. As ST machines are pretty slow for any complexer decompressions, it works with prepared, uncompressed streams. Anyway, Atari STE is capable to play 320x200, 16 color video with audio at 25 fps. Just needs fast hard disk+driver, with rate of at least 1MByte/sec . 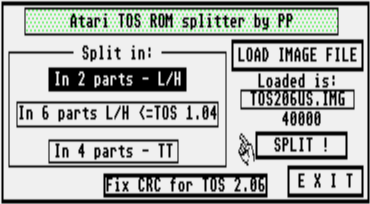 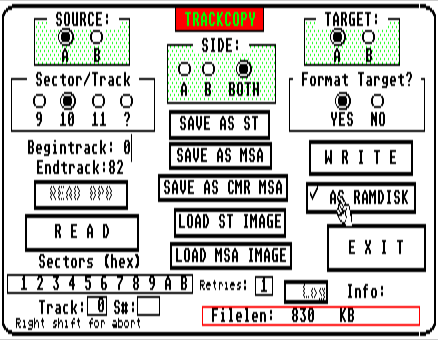 New version of Trackcopy program. It now supports common floppy image formats as ST and MSA. + allows view, changing content, extracting files from floppy image files. It is solved via special RAMdisk, which may be filled with floppy image file (content). Or with floppy content by reading it into RAM. Because of support for larger capacity floppies up to 960KB it requires 2MB RAM min. Now Falcon compatible.

With partitioner - under development, but there are some free, older versions...